Welcome to Culture and Identity

The Multiples Identities of Immigrants 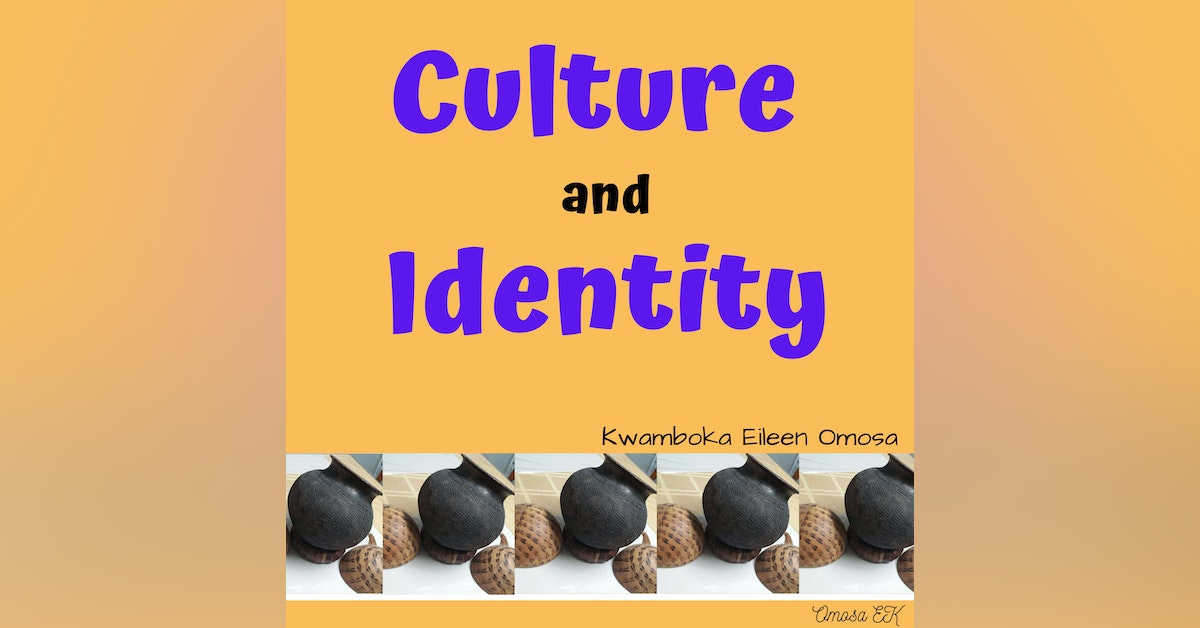 In today’s episode of the Culture and Identity podcast, which I am recording on the 28th of March 2022, I will discuss the extent to which immigrants, (people who live in countries different from where they were born, can fit into their host country or new home without losing their cultural practices or their identity?

For example, as an immigrant parent, what you wish for is your child to thrive in their new environment. Would you, for example, name your children or grandchildren using the cultural practice you were brought up in by giving them cultural names, or will you give names in line with the country you now live in as one way to help them fit into their new society, aka, the culture they are growing up within?

The information I share in this podcast is mostly what I have observed, practiced or participated in throughout my life as a child, a daughter, a sibling, a scholar, a community member. And, as a parent, and a leader in various capacities. Whenever I have doubts, I have consulted with family members, friends, and Google.

To what extent does your culture—aka, your way of life—dictate your identity or who you are? I discuss this idea from the premise that if Identity is culturally reproduced, i.e. society reproduces itself through its people and over generations, can one leave their cultural practices behind and continue to be whom they are, or they were meant to be? This question mostly applies to immigrants into cities, urban centers and across national and international borders.

If culture is a way of life as lived by a group of people at a specific time in history, and your identity is who you are. Then, since individuals are brought up within groups, those groups shape you into whom you are, so that you are socialized into the identity of the group you belong to.

But, how possible is it for a person to belong to one culture when the reality of life is that an individual belongs to many and different groups at different stages of their life?

The Groups, thus, cultures include: our immediate family, extended family, ethnic or geographical community. The culture of the schools we attend, our age groups or peers, our place of work, professional associations, groups in one’s residential area, economic and political groups, religious groups, self-help groups, and many other groups you already belong in.

Successful integration into a group calls for one to master and apply the practices, beliefs, attitudes, traditions and rituals of that group. Integration will mean that one gets some recognition and powers within that group.

But how do you know which group is right for you?

Part of the answer will depends on one’s understanding on how culture shapes our individual life, for culture shapes us, and we in turn reshape culture...

There’s hope, in that if one works hard enough to convince the public that they are who they say they are. For example, even if one originates from let’s say, an African ethnic group where they name children after family members, and while in their new home or host country as immigrants, if they work hard in what matters to them—one day their cultural practices will be dominant and they will convince the other that their culture, aka, traits they exhibit are the best, to be followed by others.

What are your views and experiences on cultural practices and dominant groups? Do you live away from the place where you were born? To what extent have you managed to hold onto your cultural practices, or the identity you defined for yourself?